RockBand themed Stag… No we did not play RockBand all night. 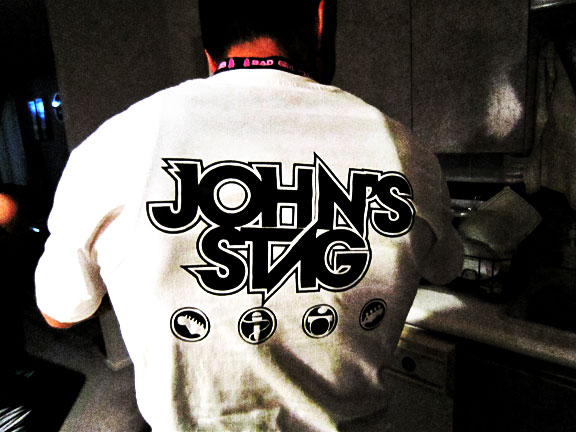 John actually requested not to have a stag party.  Being the good friends that we are, we did not comply.  During the day, we organized paintballing at North Shore Paintball, then on to TBC Indoor Kart Racing for even more adrenaline rush.  For the rest of the evening we planned to go downtown and have John complete a task list, but first we needed a cool concept for the stag.

Since John is a die-hard Rock Band fan (he even wanted a Rock Band Lounge area at his wedding), I decided to make that the theme.  Studying the series of games released for XBOX, Wii and PS3, I found out that the initial font used in the logo is Avant Garde.  Using the font as a starting point and using the Rock Band logo as a guide, I stylized our logo “John’s Stag” to mimic all the visual elements.  This was done in Adobe Illustrator to ensure perfect output no matter what medium the logo would be used on.

With the logo complete, I took it to iDesign Apparel to print out a T-shirt.  The cost came to $47 but it turned out perfectly flawless!  An over-sized logo was placed on the back, and the task list placed on the front so we can use a Sharpie to check off each task. 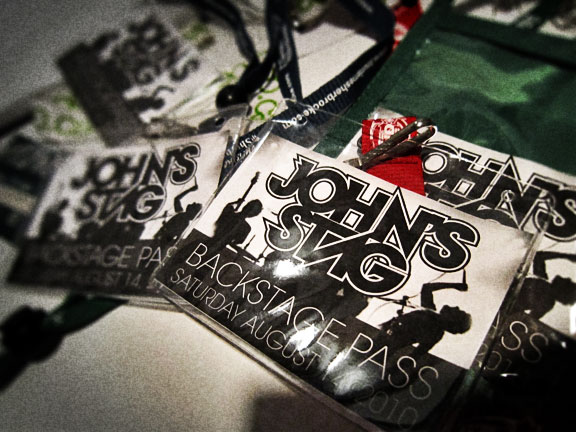 Further strengthening the Rock Band theme,  I designed backstage passes to wear around our necks with lanyards.  This turned out to be a unique and cost effective solution.  They also made us look almost important as girls would grab it to take a closer look after their drunken picture poses with John (girls are the ones drunk, not John).

2 Comments on this article