Turn This into This! 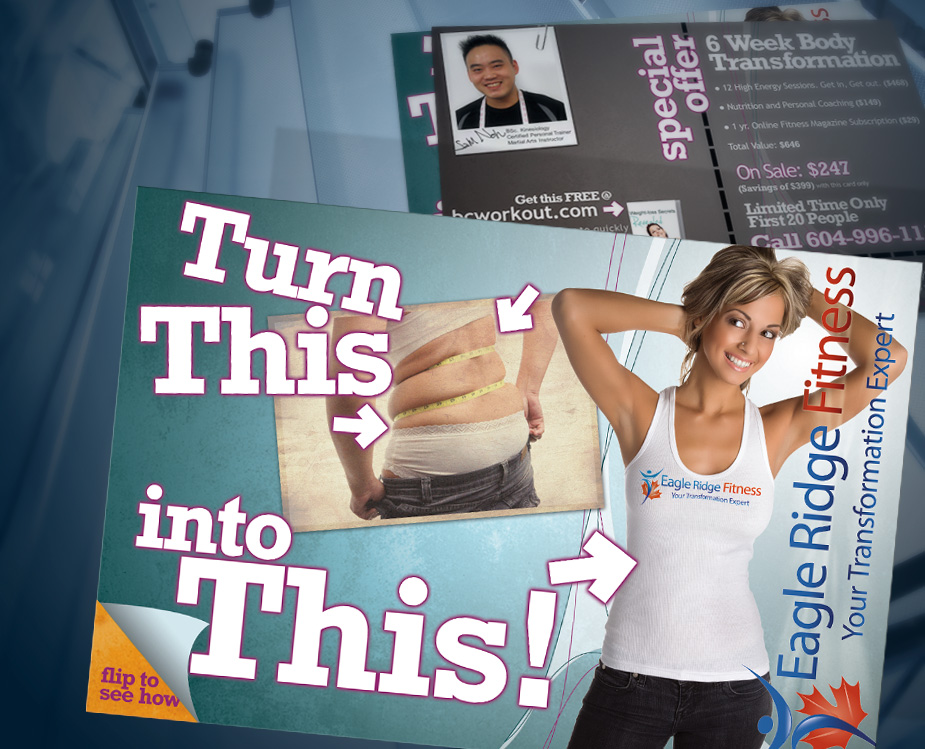 After establishing his company online, Head Fitness Coach, Sam Noh; was ready to take his Personal Training business to gain exposure offline!  After assessing his target market and advertisement placement,  we got to work.

Our concept was an implied before and after comparison.  For the “before” visual, we needed this image to make an impact and stir up emotions of disgust and insecurity.  We got our hands on an unflattering photo of a female figure and added more negativity to it by applying a dirty grungy finish.  In contrast for the after pic, we had the fit model fitted in an ERF tank top to show off her toned curves which many of Sam’s clients have achieved.  The bold type-face used had to pop out from the rest of the clutter surrounding the advertisement while the other visual elements were carried forward to unify with ERF’s branding.   Be on the lookout for this campaign as postcards are strategically placed in local establishments such as Lululemon Coquitlam, and posters displayed at various events.

Eagle Ridge Fitness all wrapped up!